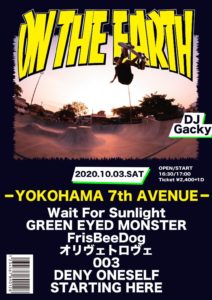 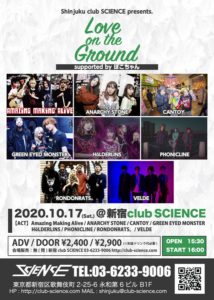 Kenta is struggling with hay fever and Tamako is e

Share on FacebookShare on TwitterShare on Linked InShare by Email

2014-2018
2014, they released their first mini Album “Our Story goes on” including the tour named “Welcome to the monster Parade Tour” which was held in 27 cities in Japan.  In the same year, for the first time, they hold the Queen of Rock event. Now, eyery year in the beginning of august, this event will be held!

They catched a lot of attention as they released their Album “Jam” in 2015. After that, the “Cook down tour” started to promote their 2. mini album.

From November 2016 till January 2017, they released their Singles C.Y.A (digital only!)  On January 22rd, they hold their 3rd one man live! After that, they had in total 73 lives, including, Queen of Rock, PartyxParty and The Place. From June till now, they release every month a new single of their Demomon Album. In late of 2017, they went to Spain, to rock together with Limber the Island Mallorca. October 2017, They were invited to attend the Unlimited Freedom Fes in Taiwan. It was their first time being there.

On March 14th 2018, they released their 6th single “Hello”.  One month later, they went to another Taiwan tour together with Mainline 10 from Spain.
On August 4th, they released their 3rd Mini Album “1minute match” on the same day as Queen of Rock was held.
From September 18th till October 6th, they are touring together with Oakman (France) around England, Scotland and France. The “1minute match” release tour will end in Yokohama 7th Avenue, December 23rd.

2019 ~
In 2019, they went in May to Spain, to rock the Island Mallorca again.  September 13th , they released their new Single “AS I AM”. In October, they went to America together with the japanese band “Wait for Sunlight” to tour with their friends “Heart like War” and “The Promise Drive. At the end of the year, they had their first appearance in Korea (Seoul) with “Whatever that means”.

Due the pandemic all overseas Lives has been canceled.
In May, they joined the High Calorie Recording Label, run by their friend Suzu from the band Fatever.
In September, Tamako & Yamaryu joined the Kaminari Guitars

Click here if you want to read the japanese Wikipedia entry.